Fresh year, fresh start — or something. You can always remain exactly the same if you want, too. I won’t make this post about resolutions because chances are you’ve talked/read a lot about those lately. What I do want to touch upon — after a year that many considered to be awfully bleak — is inspiration.

A new year is a good time, I think, to look at your life and focus on what gets your gears turning and your heart pumping (healthily). January is, for some, one of the more grim months of the year, but I like to think that spending this chilly month evaluating just what you want to do with yourself can warm it up some.

A new planner is always a fun addition to the new year!

A friend of mine wrote a book a couple of years ago — it took me by surprise since he had neglected to mention he was doing it. [Ahem.] I’ve always wanted to write a book but I seem to lack the required focus. This guy even wrote a follow-up shortly after that. That, to me, is inspiring. If only it would get my own gears turning!

What about broader sources of inspiration? Quite a few years ago, I learned that I need to be around trees (even though their pollen tends to destroy my lungs come springtime). Is that weird? Living briefly in Toronto, although there was creative energy all around and I was living in one of the city’s larger art communities, I felt stalled. There are some beautiful forested spots on the outskirts of the city, but because I wasn’t constantly ‘in it’, one of my standout memories of living there is missing trees, fresh air, quiet.

I did however love the energy and the immediately available entertainment, and the relative ease of traveling within the city. Also, as someone who loves a good story, there were plenty of great characters — a few of whom I became friends with.

Last spring, Mr. Commatose had to help to transition a subset of his work team from one office to another in Vancouver, British Columbia. In an unparalleled move of pure, unbridled mom-anxiety and forced action, I took an offer last minute to join him. I had serious doubts going in about how much I would like the place or if I could even survive being away from my toddler son for that long, but if I’m being honest, mom needed a break. I had just rolled out my handmade shop that winter and was struggling (as I still do) with work/family balance. My in-laws were kind enough to have our little guy stay with them for the 5 days we’d be gone, so although I still worried like a madwoman, there was ‘nothing to worry about’. I wouldn’t get a lot of time to spend with my husband, but as it turned out, I got to spend a lot of time with me, someone who I realized I’d left behind for a long time.

And man, am I ever glad I took that trip! 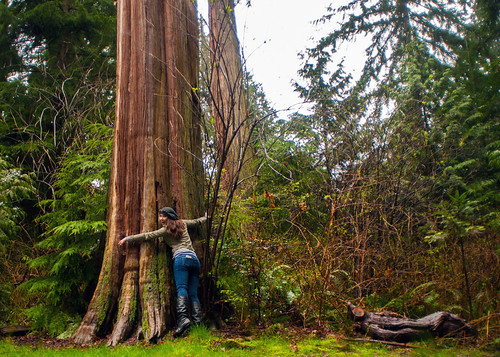 Home to the tallest, most beautiful trees I have ever seen and the most persistent rain I’ve ever spent days (happily) walking through alone, Stanley Park in Vancouver is among the top uplifting places I’ve been — if not the most! To wander through a rainforest while being just a short walk from the downtown core full of life and energy is magical. With views of massive mountains all over the city, I can’t think of a cooler place. Except maybe all the intense, super cool mountainous spots we saw driving up Highway 99 before our Hertz Rental car decided to pop out pieces of itself on said highway, endangering our lives on the one day we actually got to spend time together — which is, of course, a story for another day.

The smell of this park in the rain is among my favourite scents in the world.

I envy anyone who gets to walk out their door and drink in these kinds of sights. Regardless of the fact that we’ll probably never have the budget to get to live there, I learned while visiting that it’s my happy place. And after a whirlwind couple of years of sleep deprivation and self-inflicted isolation, I think I needed that. It was good to know that there was somewhere out there that instantly awakened something in me.

Speaking with my family about this trip last summer, my dad commented that it’s just like when I went to Toronto, but that I’d likely get bored of it after a while. While it is possible that is true, this was a completely different feeling — a weird ‘coming alive’ that I hadn’t felt travelling anywhere before. Kind of like I was meant to be there, at least at that time in my life. 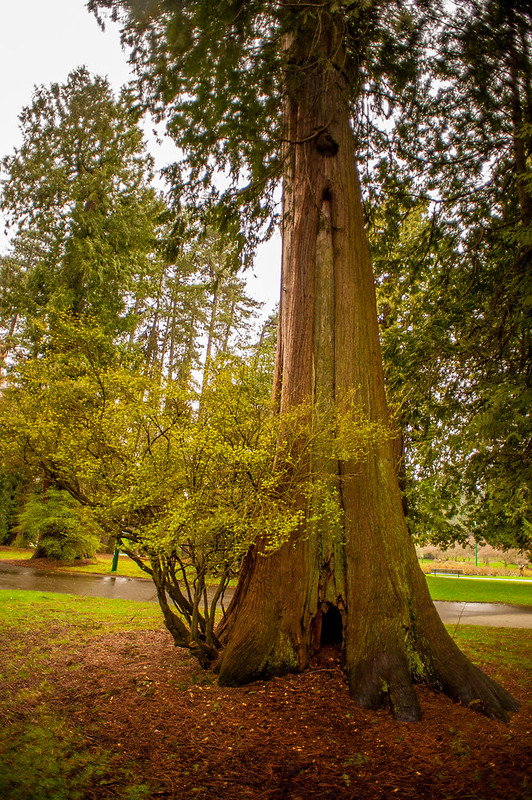 A hobbit hole in downtown Vancouver, BC, for example costs at least $1250 per month + utilities. And that’s BEFORE groceries.

Anyway, why write all this out? Maybe just to remind myself and others in the middle of gloomy winter that there is more to life than routine — and hopefully, to inspire someone else to take a chance on an unknown.

Try something you never would, or never had reason to do; step up to something that kind of terrifies you. Use a vacation day — or a week, if you can afford it. Heck, do it on your one day off. Maybe find a way to be alone, even if you love being around people. Allow yourself to think without interruption, and try doing it with movement. Sitting alone in a room with a ticking clock generally won’t do for me, but a walk down to the park or along the lake on a quiet day is almost always refreshing. Sometimes just hitting the pavement feels as good as venting. And if you’re not the type to do so, try actually venting! You might find that you like it.

What am I saying? Happy 2017 to you! If I have one blogging resolution, it’s to post more than five times this year — I swear this is the year it happens!

“What the hell is this? Some kind of vignette?”

Have you ever done something you usually wouldn’t have and been pleasantly surprised by the results? Let’s talk about it in the comments!

I've been writing since I was in kindergarten where I Crayola-markered an epic tale of a tiger and a balloon on a stack of lined papers folded into a booklet and stapled along the edge (carefully, and by my teacher). I love DIY, sewing, folksy music, animals and getting out to look at and listen to nature.
View all posts by Nikki →
Tagged  inspiration, nature, travel, tree, Vancouver.
Bookmark the permalink.