Hi again, everyone! I hope that you and those close to you (physically or not) have been healthy and safe these past months. I’m not posting here much these days but I thought this was a pretty helpful tip and I wanted to share it as it’s just about that time of year again. 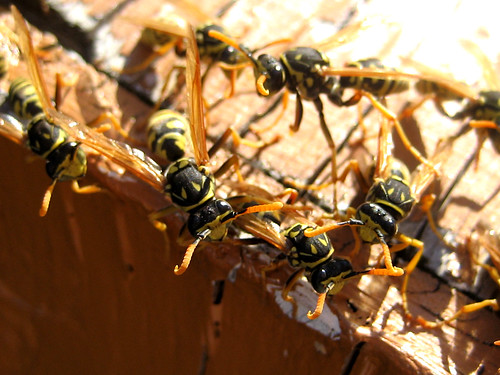 Our part of the province moved into Stage 3 of reopening this past Friday, which allows children to play on playgrounds once again. Our son was sort of hesitant to play again (which makes me sad, however understandable), but he had an assignment to complete for his online summer learning course and it involved finding sets of things at the park, so he ended up going on the playground after all! Ours was pretty dead anyway as we live outside of town and the part of the lake we are near is unfortunately overgrown with some pretty funky-smelling algae. We sanitized before and after, as we do for just about everything outside of the house now. 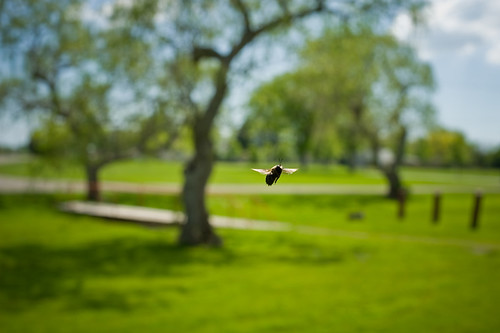 Things were going well — it was so great to see him enjoying the equipment again — but in the midst of his short return to playground time, he managed to get stung by a weird little wasp for the first time ever. As stings typically go, it was quite a shock and painful too. I quickly rifled through my bag and was relieved (no pun intended) to find some Sting Relief wipes I had been keeping on-hand since last fall.

This was our first chance to test them since buying them last year after a quick-thinking mom whipped out a product similar for our son’s little friend who had been stung twice that week. I couldn’t find that exact product (it was in a first aid kit originally), but it turns out these work well too!

We swiped his sting with the towelette and held it on for a minute or two. The pain came down considerably (no more crying) and the swelling was minimal. Today you can only see a dot where he was stung yesterday, which put me at ease since I personally tend to react with a lot of swelling for certain stings.

Annoyingly, they’re pretty expensive on Amazon right now [affiliate ad], and I don’t particularly like linking to products that price-gouge, but there it is. If I find a cheaper link, I will update this post. I just thought I’d let you guys know that there are products like this one out there — and you can probably find something like them locally, too — to take along with you camping, to the beach, on hikes, to the playground — and there may already even be some version of these in your own first aid kit! I’ll be keeping them in my bag just in case at all times.

Feel free to share this post on social media or directly with anyone who has kids or who has a tendency to get stung or bitten (like me) wherever they may go!

Stay safe everyone! And try to stay un-stung as we move into angry yellowjacket season.

I've been writing since I was in kindergarten where I Crayola-markered an epic tale of a tiger and a balloon on a stack of lined papers folded into a booklet and stapled along the edge (carefully, and by my teacher). I love DIY, sewing, folksy music, animals and getting out to look at and listen to nature.
View all posts by Nikki →
Tagged  bee stings, family, life, pain relief, summer.
Bookmark the permalink.